Truth be told it has been more than 3 decades since I spent anytime around pets.  I do not own a dog, certainly not a cat…I don’t even have a fish.  Frankly, I consider the living lettuce you find in the organic section of upscale grocery markets a pretty big commitment just to make a salad.  However, we as a society are demonstratively obsessed with our pets.  And when you live solo or in pairs, there is a seeming distrust of anyone who doesn’t own one.  There is also the historical argument about cats and dogs. If cats and dogs have integration problems it seems to extend to their owners as well.  And the less said about exotics the better.  If I am concerned about keeping lettuce alive in the refrigerator it is a sure bet I wouldn’t know what to do with an iguana.

I recently played guest care person to two cats, Ivy and Belle.  My friends, dedicated cat lovers, asked me to take care of them while they went off to galavant for 14 days around Alaska. And, like a substitute teacher, I was forced to use a curriculum that I wasn’t quite in agreement with and didn’t fully understand.

Take, for instance, the filtered water.  I was supposed to fill their water dish from the Brita pitcher located in the ice box.  When I inquired as to the reason cats needed filtered water my friend replied, “Chris, they’re not savages.”

Actually, yes they are.  According to a study conducted under the supervision of the U.S. Fish and Wildlife Service and published in 2013, the three year investigation determined that the domesticated cat is responsible for a MINIMUM of 1.4 billion bird deaths annually and more than 6 billion small mammal deaths (thankfully mostly rodents).  There is little evidence to suggest that the cats are killing for food.  They are killing for fun, which I think is pretty savage.  Regardless, I did what I was told and kept the two little furry serial killers liberally stocked with filtered water. Some may say that is appeasement but I wanted to sleep at night.

It is no wonder that much interest is generated in the status of our pets.  According to the APPA (American Pet Products Association), Americans are on track to spend over $62 billion on pets in 2016, which is a 63% increase in spending over the last decade.  A couple of those years represented one of the worst economic recessions in recent memory.  Our pet spending went up when almost everything else, like the stock market and consumer confidence, went down.  We like our pets.

I admit that I was a bit enamored myself.  Just a few weeks after returning home I woke up in the middle of the night in a dead panic because I was worried about Ivy and Belle.  Like all sleepy panics it took me a few minutes to settle down and remember that I was no longer responsible and their care had been safely returned to my friends.  Still, in just 14 short days pets had gotten into my head.

It is no wonder.  We are sociologically driven by pet ownership.  A study published last year in the Journal of Archaeological Science and reported in The Atlantic recounts the results from an archeological dig in Germany dated 15000 years ago that found a fully articulated grave of a family…and a dog.  This means that 3000 years before we started agriculture someone took the time to bury a family with the family pet.  In other words, for at least 3000 years we cared more about our pets than we did about eating.

How Much is that Doggie (Cat, Whatever) in the Window?

I am not, yet, even mildly committed to getting a pet.  I happen to like the fact that I slide away for sometimes two or three nights and the only thing I have to worry about is whether or not I turned off my coffee pot.  I often times remind my pet harboring friends that it is OK for a person to not have a familiar haunting his domicile.

In a strange way my pet status also mirrors my lifestyle.  I have been single a while now and when people aren’t asking me whether I have any pets they ask if I am dating.  My status, “Single, no pets” seems to be incongruent.  If I am single then certainly I have a pet.  I have noticed the same thing with the couples I know who do not have children in their house.  After the usual questions about children (are you trying, do you have any grandkids, etc) the conversation turns to pets.

So, if you have pets, more power to you.  If you don’t, you are not alone.  And, like living solo or in pairs, the status of our pet ownership is not a definition of who we are so much as the way we, at the moment, happen to be living.

If that last statement seems like an equivocation it is.  I have been thinking alot about pets.  And I have been looking at pet sites (local pet adoption references are listed below).  I am not ready…not yet…to be responsible for another life form.  But I am willing to consider it.

Maybe I will start with lettuce… 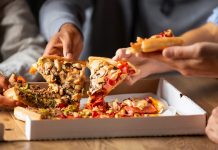 Being A Veteran on Veteran’s Day