It is hard to miss Valentine’s Day. Not because every grocery store we walk into is replete with red, white and pink.  Not because every other TV commercial is about sending someone who you, supposedly, really really care about an overly large bear or stunningly expensive strawberries.  Not even because nicer restaurants have “dinner for two” specials including the appetizer and dessert that most of us hesitate to order mid week.

Somewhere, somehow, Valentine’s Day lost its luster. The bloom is off the rose…so to speak.

It shouldn’t be. Valentine has a great history.  One legend has it that when the Emperor of Rome decreed that young single males couldn’t get married (apparently single guys are better Centurions than married guys, which may also be the source of the athletic coaching suggestion of “no hanky panky while in training”), Valentine married them anyway.

Another legend holds that Valentine cured a blind girl and she fell in love with him, or at least was very grateful.  After converting her to his faith he was sentenced to death and his last letter was, depending on who is telling the story, a love letter or just a “don’t let the Romans get you down” message of uplift.  Regardless, he signed it “Your Valentine” and we’ve been signing letters as such ever since.

According to Statistic Brain, over 180 million cards will be exchanged this year (numbers from 2016).  That is one card for every other American.  This means

about half the people in the country are sending Valentine’s Cards, the other half are receiving, which strikes me as symmetrical and sort of romantic. Actually, that 180 million is about 55% of the population which means at least 5% are sending two cards…probably the guys.

Here is an interesting stat.  The ratio of single men to single woman over 65 is .33 to 1.  Am I reading that right?  There are 3 single women for every single guy over 65?  That means in 11 years I have a good chance of having a date on Valentine’s Day. That isn’t such a bad wait.

The point is that Valentine’s Day doesn’t have to be about silly sloppy love and outrageously priced chocolate.  Sure,  it is nice when that happens but that does not describe, in a meaningful way, the lane in which most of us are driving.

I think everyone needs a Valentine.  Not the help us get married Valentine but the cure blindness Valentine.  Whether married, single, newly in love or gracefully grown old together, most of us need to see the world, and more importantly, ourselves with a bit more clarity. We need that outside perspective that tells us we are doing OK, that we are valued, and that, at least for today, we are worthy and special.  Those kinds of thoughts don’t have to come with cards or candy, just sincerity. 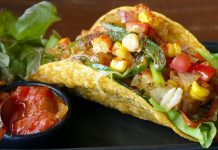 A twice monthly blog written by our staff on living in smaller families.

Deaths in the Family

Stranger in a Strange Land