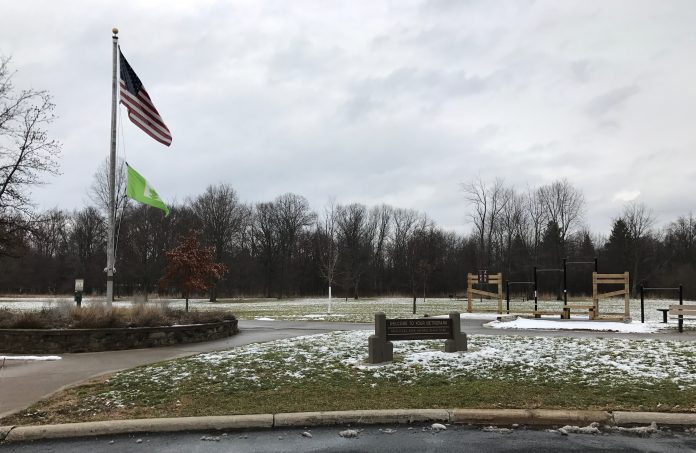 Hanging an average of 93 million miles from us (one AU for you astronomy fans) is a star that burns 600 million tons of hydrogen a second.  It is called the Sun and, if you live on Lake Erie you haven’t seen it in a while. Oh, it is still there, doing its fusion thing, providing us energy and, supposedly, light. However, like a shy sophomore at their first prom, it has been hiding. We here along the Great Lakes Corridor have been in the midst of one of the most dank, dreary, and any other descriptor for “mediocre” winters in recent memory.

The Weather Channel, given its penchant for naming every upper atmosphere disturbance, hasn’t even bothered to name the overcast skies that have been our weather.  If they did name this weather pattern it would have to be weather pattern “John.”  I can hear the announcer now:

“Weather storm John is as indescript as its name…providing few details other than its affinity for the manufacturing belt along the Great Lakes.  We will provide updates every 72 hours as this storm…um…develops.”

This is a simple pattern of overcast, wind, sometimes spitting but not very hard rain, followed by more wind and, occasionally, some so called snow that melts on contact and gets you wet.  In other words, not snow but rain with a good opening act. The temperatures have been cold enough to make you chilly but warm enough to make everything damp. In fact “damp” should be part of the standard temperature scale: blistering, hot, warm, mild, cool,chilly, DAMP, cold, freezing.

Here are a few ways I know that it has been a blah winter in our area:

The truth is it is just winter and winter is accompanied by the blues.  I have lived in several areas of the country, including the Great Plains, where you can get tornadoes in January, the South, where an inch of snow shuts down entire states, New England, where wind from the North is as harsh as a toothache, and Idaho, where the the cold is roughly equivalent to Jupiter’s icy moon Europa. For the record, Idaho in winter looks about the same as an artist conception of Europa.

I finally settled here on Lake Erie with its pattern of socked in by clouds.  Sure we can get snow and of course we can get freezing rain and certainly we can get ice.  But mostly we get grey.  It is what it is.

Having grown up in Kansas I understand the futility of shouting at rain…or the clouds, or really the weather in general.  Regardless of what the rodent in Pennsylvania will soon divine about the length of our winter, sometimes 6 hours feels like 6 weeks. The only thing we can do is trust in the fact that our sun is still out there, somewhere, and will return to us by April.

That and eat comfort food. So if you will excuse me I have to go get two cups of water on the stove to boil.  My Raman Noodle selection today will be “oriental.”