There is something about mashed potatoes that allow us to pair them with almost anything.  Where I grew up hearty chicken and noodles were served over mashed potatoes as if the noodles weren’t enough. Any traditional Thanksgiving dinner has both dressing and mashed potatoes since, apparently, we are really just interested in the gravy. Mashed potatoes are the keil of the American food ship of state and a must to make no matter what the size of your household.

Not so Bad After All

Potatoes, like so many foods recently, have gotten a culinary bad wrap. This is because we tend to eat them skins off and fried in a vat of oil. Yes, chips, whether the American snack food variety or the British version we call French fries, are delicious but ultimately not very good for you.  They are also highly processed.  But basic potatoes that you make at home, whether baked, roasted, or mashed, are high in vitamins like C and B6. If you leave the skins on they are an excellent source of fiber. And, they have more potassium, ounce for ounce, than a banana.

One of the biggest crimes of the 1950’s was to introduce the world to instant mashed potatoes.  Since then a wide variety of these so called meal helpers have come on to the market, all equally mediocre. Likewise a selection of frozen and deli case mashed potatoes are also available.  Although slightly better, they tend to be sticky and starchy.  To cover for the poor texture food manufacturers load these premade potatoes  up with flavorings, both artificial and fatty.  They answer is to put aside inferior substitutes and make our own.

Not Just for Thanksgiving

Ingredients are pretty basic.  For a single large serving (or two smaller ones) use one large baking potato.  You will also need a tablespoon of butter, salt, pepper, and finally milk, somewhere between a ¼ and ½ a cup. I use fat free half and half because it is also what I use in my coffee. Don’t over think this.  You can, if you want, substitute a good olive oil or cream cheese for the butter.  And, you can use some sour cream instead of milk to make the potatoes smooth.  The bottom line is mashed potatoes are just that simple.  Here is a bonus, they are also gluten free.

You can start by either peeling your potato or scrubbing it if you intend to leave the jacket on.  Besides a large baking potato you can also use red or Yukon gold potatoes.  Both of these varieties have naturally thinner skins and loose potatoes instead of bagged can be found at several local markets. If you leave the skin on make sure to look over the potato for bad spots and cut them away before you chunk up the potato.

Once you have prepped you potato cut into relatively small chunks, say an inch of so square. The smaller the cut the quicker the cook time.  Uniformity is also a plus as you want all of the chunks to finish at the same

time.  Place the chunks in a pan in cold, water.  You want your pan to look and feel too big for the potatoes.  Like pasta, the more room the potatoes have to cook the better.   Plus the bigger pan will make mashing easier later on.

Liberally salt the water, place the potatoes over high heat and bring to a boil. Because we are not cooking very many and have cut the chunks relatively small the potatoes will cook quickly, probably about 10 minutes after the water boils.  As with almost all cooking, don’t overcook.  Potatoes cut this small will quickly get water logged.  So, as soon as a fork will slide into a chunk pull from the heat.

Immediately drain the potatoes in a strainer.  A word of caution, potatoes hold heat and steam so this process is hot and will scald or burn your hands, so be careful.  As soon as the water is drained from the potatoes put

them back in the pan you cooked them in.  This has two advantages.  First, the pan is hot and will not only keep the cooked potatoes warm but will allow some steam to escape.  This keeps the boiled potatoes from getting soggy.  Second, you only use one pan to cook and mash the potatoes, which shortens cleanup.

There are dozens of styles of potato mashers on the market. Anything from the old school flat wooden ones to fancier grater metal masher.  It doesn’t really matter what you use.  With the potatoes in your original pan begin to mash.  Add your salt and pepper as you are mashing.  White pepper is traditional as it prevents black flecks in the final product.  However, it really doesn’t matter.  If you are going add any other dry flavorings, like onion or garlic powder, this is a good time to add those as well.

When the potatoes are completely mashed up add the butter and mix with a fork or wooden spoon.  Once the butter is Incorporated then add milk, a couple tablespoons at a time until you get the consistency you like. Nominally between ¼ and ½ a cup.  This will not be a “smooth” or whipped potato since we left the skins on so don’t worry about a lump or two.  After all, lumps are how you know the potatoes aren’t instant.  From there serve with whatever you want to, including gravy, white sauce, or one of my favorites, a big lump of butter.

Mashed potatoes for one are so simple it is amazing instant potatoes exist anywhere except school cafeterias and the military.  To make potatoes for you and a buddy simply double the recipe and use a bigger pan. Of course, mashed potatoes have hundreds of variants, including additions like cheese, bacon, green or sautéed onion, roasted garlic, even using Italian or ranch dressing instead of butter and milk.  So throw out your instant potatoes flakes and make some warm, comforting mash potatoes from scratch. 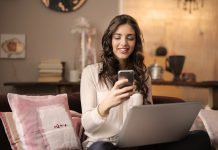